Almost all of us were addicted to video games when we were kids, from exploring the caves while playing Mario to killing monsters in Mustafa. However some gaming enthusiasts are up to the next level and are addicted to the games such as Grand Theft Auto, Fortnite, PUBG, Call of Duty, and what not.

Well, as people say that passion and hard work doesn’t go in vain, and so is the work of these gamers, many such individuals are now becoming some of the top Indian gamers on Instagram.

Over the years, the top gamers on Instagram have become more famous, experienced as well as they have managed to create a community for themselves, who enthusiastically consume gaming content and engage with it.

This has helped gaming influencers on Instagram to hold a certain power over their audience’s buying decisions. Gaming brands use this power of most influential gamers and use it to their own advantage and meet their marketing goals. They do so, through leading influencer marketing agencies in India.

But first, let’s explore who are gaming influencers in the truest sense and why people loyally follow them…

Who are gaming instagrammers / influencers?

Individuals who create content on and around gaming, aimed to inspire and entertain their viewers through amazing gaming skills are known as gaming instagrammers / influencers. They do so by livestreaming their game play videos and sharing their match videos with background commentary. Ajey Nagar, or more popularly known as CarryMinati, needs no introduction when it comes to Indian gamers. He has managed to create a very strong bond with his viewers. His humorous commentary has helped him become wildly popular among the millennials as well as the Gen Z. Making the best out of a new craze of a game, Aaditya D. Sawant, made sure to ride on the storm around PUBG mobile gaming in India and boost his fame through it. Not only he is a remarkable player but also a dope gaming influencer. When we talk about quality game play, we think Chetan Chandgude. This 22- year- old boy from Pune, Maharashtra, has proven himself as worthy of this title, time and time again! You can find him playing Player Unknown’s Battlegrounds- PUBG as well as Clash of Clans. Harnit Khatri, or “Gunshot” for his loyal viewers, is yet another one of top gaming influencers of Instagram. He plays a lot of games from PUBG and Fortnite to Call of Duty, but one thing remains common among all these games- his passion for gaming!

Naman Mathur is quite wildly popular among the Gen Z across the country as “Mortal”. He is without a doubt- one of India’s best gamers. He has earned this title, rightfully so, by representing India in international PUBG matches as a part of Team SOUL. Also known for his out- of- the- box, hilarious background commentary is another one of biggest gaming influencers on Instagram- Rony Dasgupta. He undoubtedly has amazing game play skills, and shoots quite precise shots. You can also find a lot of challenges on his Instagram profile. Known as Ankit “V3nom” Panth in the gaming community, Ankit began his gaming career from Counter Strike as part of Team Brutality. He has remarkable gaming skills and he doesn’t shy away from flaunting his prowess in the game play videos. Yet another top one of gaming Instagram influencers from India is Rishabh Karanwal. He plays PUBG on his channel, and was awarded the Streamer of the Year for 2018 for his gaming streaming content! He has managed to create a strong internet presence for himself. Rohan Ledwani is popularly known as “Hydraflick” among his loyal audience. His unique approach to gaming has helped him gain a reputation for himself in the gaming community of India. You can often find him talking passionately about various PUBG mobile gaming tricks. 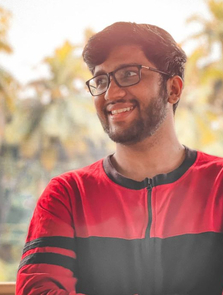 Ishan Khedkar, or One Spot Gaming, is yet another top gaming influencer on Instagram as well as on YouTube. He plays Grand Theft Auto’s Vice City on his YouTube and Instagram channel. He also makes compilation videos of funny moments of the gameplay.